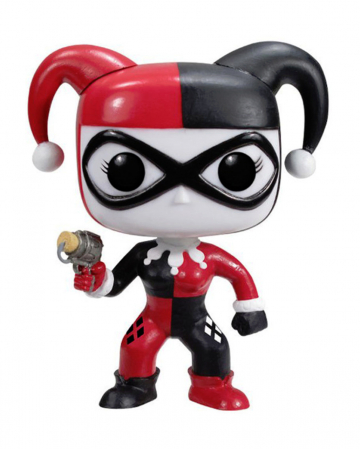 At least since the box office hit "Suicide Squad" Harley Quinn is everyone a term. The crazy criminal from Batman, is the mistress of the nasty Joker, which is why she is always at his side in his dark machinations - even if this does not reciprocate their love. Now it's time for all comic fans to pop the Batman Harley Quinn Funko! To order figure. Get the Harley Quinn license article for fans today and complete your Funko Pop! Figures collection!

The Batman Harley Quinn Funko Pop! Figure is 10 cm tall and made of vinyl. The black and red harlequin costume and the two cheeky braids are Harley's trademarks. 10 centimeters

The item is a gift item and not a toy. Not suitable for children under 3 years. May contain small parts that can be swallowed - suffocation. Keep away from fire and open flames.