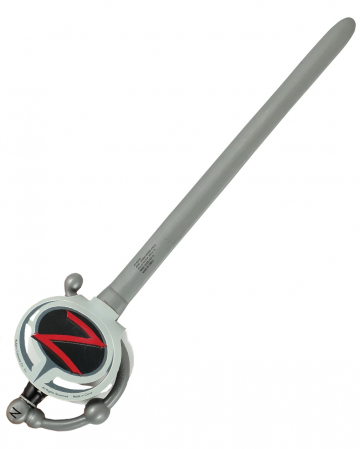 By Zorro sword you fight as Zorro dressed up for justice.Disguise yourself as Zorro now and going with the Zorro sword as toy gun for freedom fighters and adventurers.On hand guard is the famous red Z as Zorro icon the your opponents equally clear at the beginning, who they're dealing with here.

The silver-gray Zorro sword for children is made of plastic and has a total length of about 53 cm.The handle is a hand guard, which is made of flexible foam and on which a large red "Z" is, with the Zorro Child Costume S and the Zorro Child Hat you have the perfect Zorro costume for boys who like adventure.

Warning: Not suitable for children under 3 years.Can any small parts included, which could be swallowed