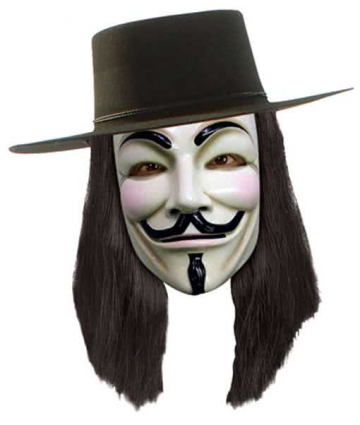 V for Vendetta Wig for all fans of the cult film.

V for Vendetta is a film adaptation of the same name comics by Alan Moore and David Lyod from the year of 2005.The film V for Vendetta was produced by Joel Silver, the screenplay was written by the Wachowski brothers made famous by Matrix.The film V for Vendetta plays in futuristic London and the story follows V, a masked freedom fighter in the struggle against authoritarian state simultaneously personal revenge, the name-giving Vendetta, tracked and prepared a social and political upheaval.

Caution on wig is the mask is not included!