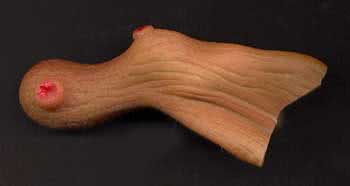 The nasty, old witch is described in the literature as an evil, old woman who has a long, crooked witch nose.If you want you as a dress as a witch, you do not come around in a classic witch nose.With our gnarled-looking witch nose you are quickly transformed into an old witch and herbalist.

Here comes the classic, long witch nose, which is easily attached with a rubber band as a stop on your own nose.The Witches nose has several common warts and looking is through the rubber band quickly set up and deductible.If you for your other girlfriends witches still need different configuration witch noses, we do not have the Krumme Witch Nose with rubber band and Witch nose made of latex in program.At a really vile witch nose Halloween and Walpurgis Night is not to fail!