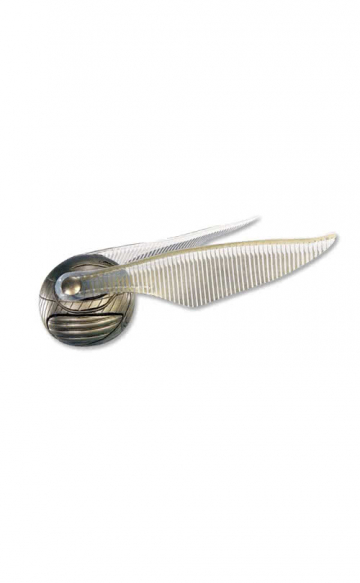 The famous golden snitch the Quidditch game of Harry Potter

The golden snitch.Mostly he is who decides the outcome of a Quidditch match.The third, smallest and fastest ball it is difficult to detect and catch.If he caught the game ends and the team that has caught him receives 150 points.These points are most crucial to the game.Harry Potter a so-called viewfinder itself is so the player must catch the Snitch!

The Snitch is as big as a walnut, and its wings are about14 cm long.With us you can have the golden snitch, order the decisive ball the Quidditch game.In addition, we have many other Harry Potter items for you in our shop.The Deluxe Harry Potter Robe or his famous Harry Potter Wand with light and sound