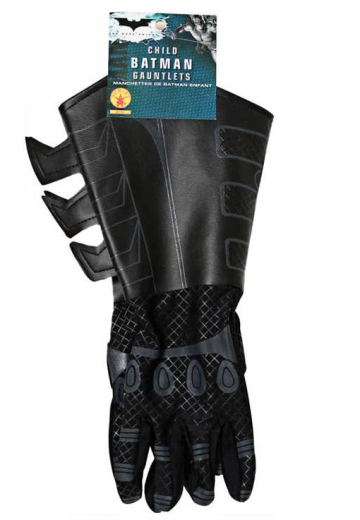 The Batman gloves are from the hit movie "The Dark Knight Rises" and give your Batman costume the finishing touches.In his last race battle, Batman has to prove against the monstrous terrorist Bane to save Gotham City one more time from total destruction.The Batman gloves perfect from the Batman costume of the Dark Knight and make you so ready for Halloween and Children's Carnival Party.

The Batman gloves are ca.27 cm long and are made on the palms of fabric, while the wrist and forearm is made by synthetic leather.On the forearms, the gloves are additionally equipped with ninja spikes that Batman should facilitate climbing or act as guards.With the Miniature Silver Cup and the Aqua Make Up Black You'll turn up in the Black Knight the night, which preserves its city with fear and terror.