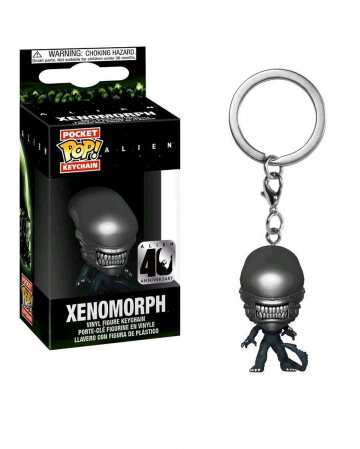 Item #: 36991
❤  Add to wish list
(1)
UnavailableOrder fast! Only a few items left Available
Fitting for this:
Add the product directly to your basket by clicking the checkbox

The Alien Xenomorph Funko Pop! keychain is a super funny gift idea for all fans of the legendary science fiction horror movie series. As a parasitic and very murderous creature, Xenomorph not only makes Ellen Ripley sweat a lot. Other people or living beings such as dogs, cats and predators also suffer. As a small key chain, the Alien is a harmless companion that fits in every trouser pocket.

With his about 4 cm makes the little guy quite nice. The well-known character who adorns the alien Xenomorph Funko Pop! key fob brings back memories. Whether in the Alien movies or the Alien vs. Predator series, the long mouth is unmistakable. And as with all vinyl figures from Funko Pop!, the great details of the Alien figure are also impressive. So one can recognize even the small pointed teeth in the inside of the mouth.