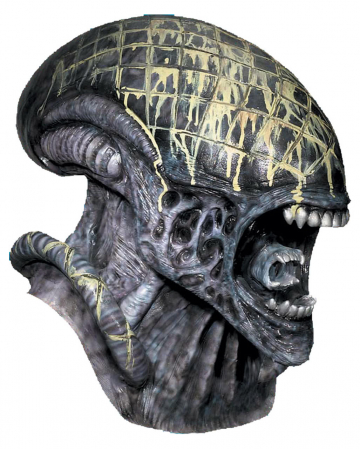 Alien vs. Predator on the cinema posters also advertised as AVP is a science fiction film from 2004. This very well-made science fiction film marks the crossover between the alien and the Predator films , which has been long-awaited by many fans . 2007 came with aliens vs. Predator 2, the direct successor to the cinemas, was the inspiration for the new mask series from Twentieth Century Fox. The alien mask is originally licensed and true to detail in the film Alien vs. Modeled on Predator.