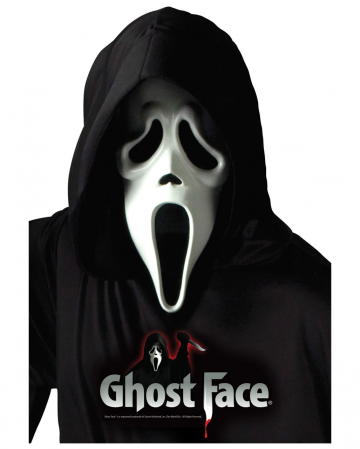 The horror film "Scream" tells the story of Woodboro Killers terrorizes a masked killer with phone calls and threats an entire town.Sidney Prescott (Neve Campbell), whose mother was killed in the previous year, is the main character and the target of the killer with the Ghostface mask.The horror film "Scream" runs like a detective story, is suspected in nearly every character as a murderer.Scream has convinced many critics and revived by its huge success in the nineties the horror genre.

Complete your appearance as a sadistic serial killer best with our original licensed Scream articles like the Scream Knife Metallic , the Scream Costume With Mask and rough Film Blood / FX Blood 30ml !