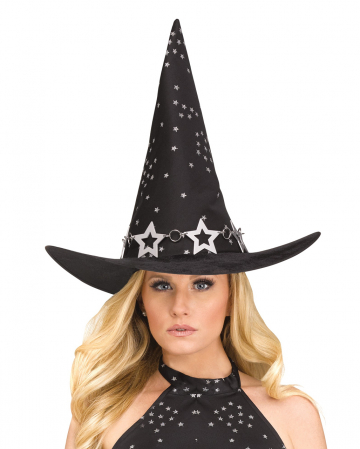 Noble accessories for your witch costume

It's not death that looks good on you, it's hat. And as a noble Halloween witch, you're above everything else anyway. The Celestial Witch Hat with star print shows that you are an extraordinary magician with contacts to the sky. Beautiful to look at, the silver sparkling stars don't just make you the centre of the carnival party or Walpurgis Night. The magical Halloween hat makes you the center of the universe.

Your disguise as a witch gets a very special touch through this witch hat. The heavenly witch hat with star print is deep black and captivates by the silver stars, which are to be seen numerously on the hat. It's like you're deceiving the night on your own head. Matching your outfit to the witch ball you will find everything a magician needs. For magic, for example, you should Fairies wand with silver startake this with you.