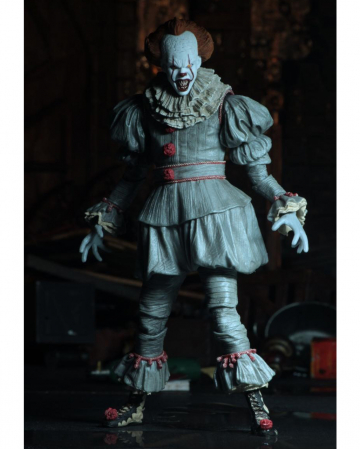 Pennywise's got it. He murders in movies and books and sneaks into our nightmares. And if you can't get enough of the vicious clown from the Stephen King story, you'll be delighted with the ES Ultimate Dancing Clown Pennywise 18cm. The ingenious decorative figure can wear a different head on the lovely clown collar depending on the shape of the day. The interchangeable heads make the original film figure a real highlight for every horror film fan.

Not suitable for children under 3 years. May contain small parts that may be swallowed - danger of suffocation.